A Case for Civil Disobedience: Honoring Senator John Lewis and His Fight for Environmental Justice

We need civil disobedience and we need peaceful protests

When Mr. Trump stated that civil rights icon, John Lewis, was “nothing but talk,” the president elect found a new way to shock many individuals. In addition to this statement being incredibly false, Congressman John Lewis has been getting into “good trouble” since he was a youth. Congressman Lewis and other civil rights icons demonstrated in their youth that that young people lead movements, and we must continue to organize our youth to honor their legacies. However, one of the main lessons we can learn: youth can lead various types of advocacy to reach similar goals. 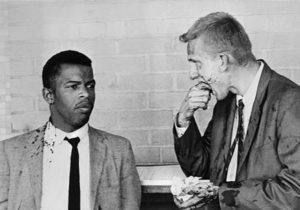 For individuals studying the 1960’s, some may assume that the Student Nonviolent Coordinating Committee had a goal completely averse to groups that took a more forceful approach to creating change. The truth is, many student and youth groups had a similar goal, equality for people of color. When considering groups that advocate on behalf of people of color, our goals are still the same.

Youth are the future, and it is up to young people to recognize that we have tools to create change in ways that encompass various types of advocacy and for different issues. Leaders of the Civil Rights Movement constantly assessed and reassessed their objectives and how to move the needle. Despite having a somewhat unified front on many issues, there were groups that disagreed on the technique or priorities.

It is of upmost importance that we create space for intersectionality of problems people of color face that are are not usually discussed in tandem with conversations impacting race; that includes issues facing the LGBT community, religious based, or women’s rights. Advocacy techniques such as civil disobedience, protests, and marches, can be effective. Writing letters to Congress, running for office, and creating a social media frenzy are also necessary advocacy tools. Youth must know that with these tools, not only can they change the narrative, but they should.

Our tools are important; when we utilize them, we can work to deconstruct all parts of white supremacy. Environmental Justice is an area that is somewhat less discussed than other civil rights areas, however it does not make it less imperative. If the current choice for an EPA Administrator is confirmed, we will be in the midst of a crisis. Much of the current Administration’s work to create cleaner air and water could be undone. Black and Brown people have always been the most likely to be impacted and we should also be the most engaged on environmental justice issues. Due to environmental pollution, young people are susceptible to different diseases, breathing problems, and other health concerns. 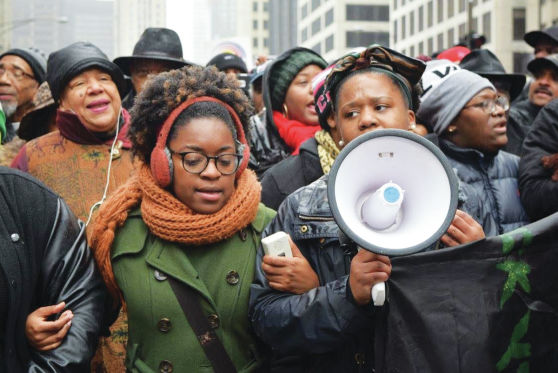 Let’s honor all the past youth leaders of the civil rights movement and continue blazing our path to organize youth, celebrate youth-led advocacy efforts, and youth getting into “good trouble.”