WAGE INEQUALITY: She Works Hard for the Money, SO PAY HER! 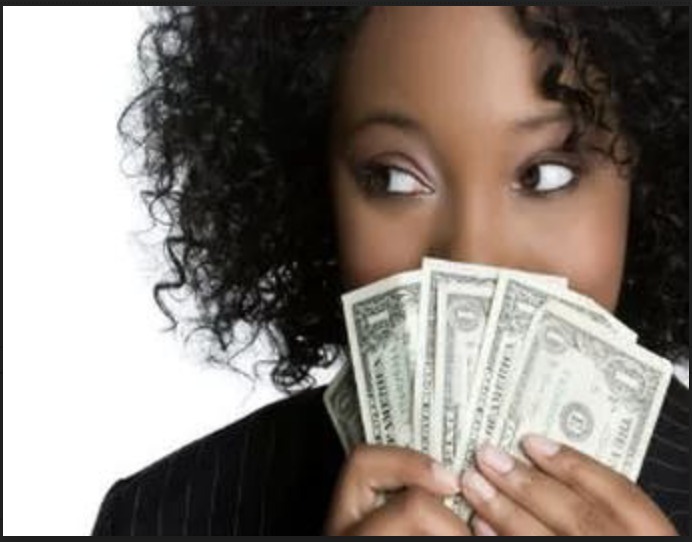 #TheFutureisFemale, #GirlsLikeUs, #BlackGirlMagic, #YesAllWomen, #WomensMarch, and other hashtags are the visible markers that cis and trans women are no longer taking the backseat - which is ironic for me since I can’t drive. If we learned anything from the 2016 election, an event where the first woman in history received the Democratic nomination for President of the United States, it is that when given the tools to succeed, women still face an uphill battle of stereotypes, prejudice, bias, and inappropriate critiques of their personal lives . This is most evident in the workplace where women make up half of the working population. It is crucial that we consider the ways policymakers can assist in women’s empowerment and how we can all work together to help women and girls reach their full potential.

Families headed by single mothers were 5.4 times more likely than married couple households to live in poverty. There are several factors that contribute to poverty but the one that glares is low wages. It’s counterintuitive to be employed but still not have the funds you need in order to take care of yourself and your family. For women, it’s especially hard with an extra couple of dollars missing from your check. The pay gap is detrimental for women. On average, white women make 80 cents for every dollar a white man makes, even when employed in the same job. So, even when you’re wearing the Crown on a show, a female actor will get paid less than her male co-star. For women of color the pay gap is even larger, as is the rate of unemployment, underemployment, and lack of advancement at work. In the District, Black women make 53 cents for every dollar a white man gets paid and Latina women make 48 cents for every dollar a white man makes. Considering 18.2 percent of women in the District live in poverty, closing this pay gap would go a long way in lifting women out of poverty. In fact, equal pay would cut the poverty rate in half for all women and for single mothers. With more money to bring home, women would be able to better provide for their families and contribute to economic growth.

Despite what seems like a no-brainer to most, there is opposition to pay equity efforts. The most obvious argument against pay equity is that women take time off from work to have children and won’t be as available for their jobs. Notwithstanding the sexist roots in this line of thinking, it doesn’t comport with the facts. At any one time, about two thirds of single mothers are working outside the home according to the U.S. Bureau of Labor Statistics. Furthermore, 70 percent of all women with children under 18 were a part of the labor force. Another argument is that women tend to go into lower-paying jobs. According to the National Committee on Pay Equity, studies have shown that the more women and people of color fill a job, the less that corporation pays. This speaks volumes to how we value the work that women do every day, as well as how we value women’s time. Companies must begin to confront implicit bias and how the company culture reinforces it.

Equal pay seems like a pretty simple idea. How can we get there? President Barack Obama signed the Lilly Ledbetter Fair Pay Act of 2009, which restored previous protections against pay discrimination and enables employees to sue in cases of pay discrimination. This helps to challenge pay discrimination but may not be a viable option for those living check to check. In the District, women make up 53 percent of the working population that make minimum wage. As the City has passed an increase in minimum wage, it will help to close the pay gap especially for women of color.

Another solution is salary transparency laws. Salary transparency laws enable employees to see what their coworkers are making in order to determine if there is pay discrimination occurring. Employers have also spoken out about this arguing that it may drive talent away and decrease productivity. However, employers should be invested in their employees in a way that meets the needs of the company and the employee.

Providing for protection against employment discrimination is another way to ensure parity in the workplace. This is particularly helpful for trans women. At the federal level there are no protections against firing on the basis of perceived sexual orientation, gender identity, or gender expression. Additionally, there is no recourse for individuals because they believe they were fired for those reasons. Without the assurances that you can go to work and be who you are this leaves trans woman, especially trans women of color in an economic limbo. With less economic security, trans women are more likely to be homeless and have no health insurance.

Once at the job employers should be provided with incentives to invest in their employees. Creating spaces and opportunities that allow women to be successful at work without being hamstrung by gender will provide more payouts for companies. Dreams deferred aside, women and girls are finally seeing an organized effort to empower them. With more economic stability, women will be able to continue to their education, start their own businesses, win political offices, and be able to reinvest in the communities in which they live.

This is a repost from https://medium.com/@82Tabs/wage-inequality-she-works-hard-for-the-money-so-pay-her-9c08dc23f8e3

30Apr
Environmental Concerns With Growing Personal Marijuana Plants
24Nov
Small (Black) Business Saturday!
30May
The Impact of a Man Who Sued the EPA to Rollback Protections Now Leading It
Comments