By Jennifer A. Blemur, Esq.

Trump’s cabinet members have been consistently criticized for their stances, their confirmations, and their flashy exits. Scott Pruitt has been in the news since his confirmation as Administrator of the Environmental Protection Agency (EPA). As recent as last week, Pruitt was called to testify in front of Congress about alleged ethics issues, including raises for employees who claimed to not know about, thousands of dollars spent on first-class plane tickets, tickets to the Rose Bowl and Disneyland and among other things.

While these salacious activities are far more interesting, in Massachusetts, Pruitt was known to align with big oil and gas and as a staunch opponent to clean water protections; as Administrator he has been doing what he can to slash and burn through all EPA guidelines that were enacted during the last presidency. These rollbacks can have long-term effects on communities that have only just begun to receive the positive benefit of federal protections that had local impact. Even though a national campaign to oust Pruitt is gaining traction, we must focus on the repeals Pruitt is ramming through as the current Administrator and the immediate consequences for environmental justice. 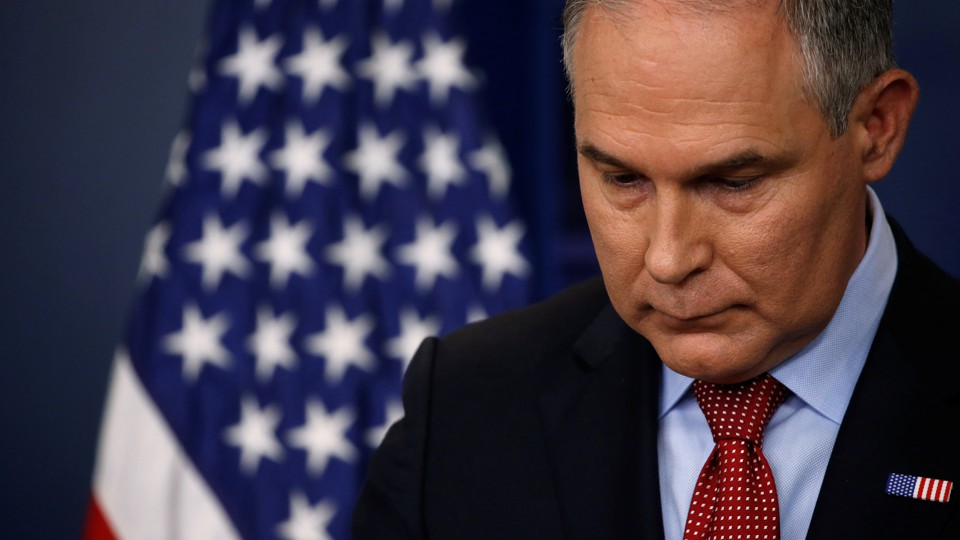 Right before Pruitt was our lead of the EPA, as Oklahoma Attorney General, Pruitt sued the EPA a total of 13 times over emissions, and rolling back air and water quality regulations. Pruitt has openly opposed the Clean Power Plan and supported Trump in the U.S.’s withdrawal from the Paris Climate Accord. Pruitt has also proposed lowering fuel emissions standards, stating that the current standards are too unrealistic and high. Pruitt has also suspended the Clean Water Rule for two years to find a way to repeal it. What we’ve seen in Flint, Michigan was only just one example of the water infrastructure problem several states are facing.

Since Flint, other cities in Maryland, New York, Pennsylvania, and more have determined there is lead and other pollutants in the water, whether due to the pipe system or other factors. This sends the message that Trump has sent in Scott Pruitt to undermine the progress made in the Obama administration as well as the work of the EPA. But in addition to protecting the environment, many of these regulations protect communities that fall prey to toxic waste dumps, tainted water, and pollution.

If our communities can’t find protection from the federal level, then they must utilize grassroots efforts to change. To be sure, the EPA did issue a report this year highlighting what we already know – Black and Brown people are disproportionately harmed by environmental harms. And we should use that data in our communities. But we must go further, and TREE has developed action plans that enable people to get involved at the local level.  Where there are concerns about the water, we’re calling on citizens to reach out to city council members and the water utility.

We also have information on reaching out to members of the state legislature and members of Congress to advocate for better policies. The Federal Register is a way to stay informed of agency regulations and the comment period. Sending in comments to the EPA allows individuals to have their voices heard and provide input. While Scott Pruitt may have been sent in to destroy the EPA (I wish I was being hyperbolic) we as citizens can do our part to make sure he is not successful. Working with community groups, your state elected officials, your city and state executive, and your Congressional members, we can make sure that we are keeping the air and water clean. Keeping the environment safe means keeping our communities healthy, so let’s get to work.